If you are obsessed with the places where nature has taken back what humans built, then this is the list for you.

I may be in the minority with this statement, but I am fascinated by abandoned places. I will spend hours looking up pictures on the internet of towns that have long been forgotten or castles that nobody has used for centuries. There’s something eerie yet hopeful about the way nature starts creeping back in.

Italy has an abundance of abandoned places for tourists like me to get their fix. Here are my top 5.

We are going to start off our list with a ‘haunted’ mansion. This abandoned site sits on the East end of Lake Como surrounded by the forests in Cortenova. The house was built in the 1850s by Count Felice De Vecchi, head of the Italian National Guard. According to legend, Vecchi came home to find his wife and daughter murdered and abandon the house soon after. Of course, there is no proof of those murders taking place. In reality, it was probably just a rundown building that scared people.

The Valley of the Mills 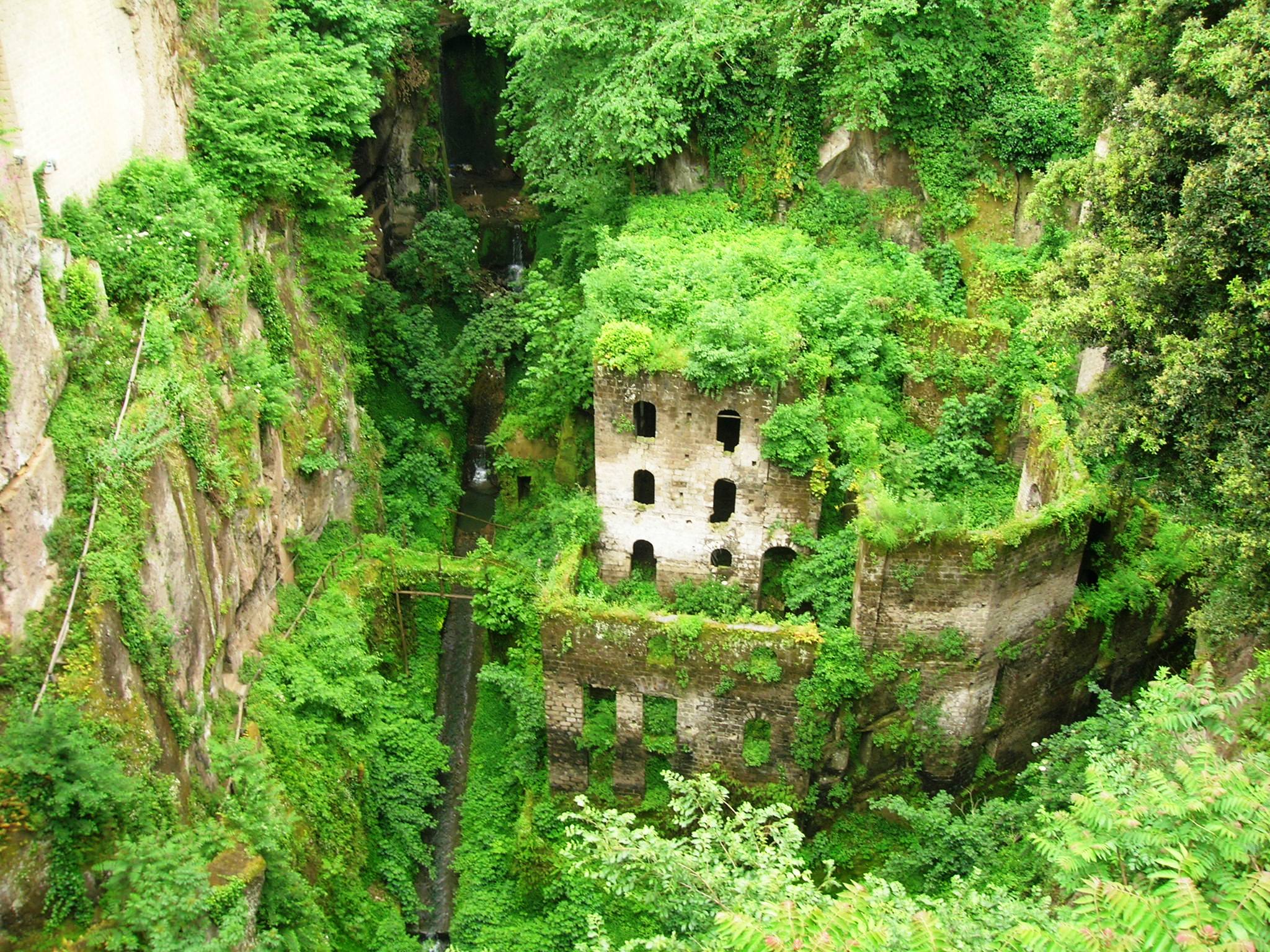 The Valley of the Mills is a prime example of nature reclaiming the places humans have left behind. This area of Sorrento was populated by flour mills throughout the 13th-century. it was a prime location because of the natural spring that feeds into the valley. The valley eventually grew into a booming industrial hub with a sawmill and washhouse. But like most good things the mills were eventually abandoned when flour milling was transferred to the pasta mills. In 2019, the city actually voted to restore the Mills so this site won’t be an abandoned treasure for much longer.

Located in the Italian coastal town of Trieste, Risiera di San Sabba was originally built in 1913 as a rice mill. Business flourished for many years until World War II when the Germans moved in. They turned this peaceful little business into a house of horrors. The Nazis used Risiera di San Sabba as a concentration camp where over 3,000 people lost their lives. After the war was over the Risiera became a center for refugees before it was declared a national monument in 1965.

The site where the Grand Hotel Wildbad sits was once the most popular place for royalty and society’s elite to visit. The hotel was built in the late 1800s to take advantage of the mineral springs throughout the area. Originally it was used as a sanitarium but eventually grew so popular it was turned into a hotel. Unfortunately, World War I diminished the number of visitors and the Austrian military used the building as a command center. The hotel was sold in 1930 and has been abandoned ever since.

In the middle of the Tyrrhenian Sea, this island has housed a prison since the 18th-century. The idea was to design a circular style prison so that prisoners would feel that they were being watched at all times and would, therefore, encourage good behavior. Sounds menacing, but so does being in prison in general. The idea didn’t play out well as the prison had numerous revolts through the years including one in 1861 where the prisoners took over the entire island and established their own Republic. This only lasted a couple of months before the military moved and took it back. The prison was finally closed in 1965.

In 1934 Colonia di Rovegno was built as a summer camp for kids. However, during World War II, an anti-Fascist group took over the building and began using it as a prison. They would torture their prisoners before killing them and leaving the bodies in the forest to rot. Colonia di Rovegno became known as the ‘colony of horrors’. After the war, someone had the ‘brilliant’ idea to turn it back into a summer camp. I bet those kids had a super fun time; I know I would love to spend my summer holiday surrounded by dead bodies…not. The building was eventually closed in the 1960s and is now used for illegal raves.

These buildings are the heart and soul of this abandon building adoration. The Giuseppe Antonini Asylum has a particularly interesting past as it was the temporary home for Napoleon Bonaparte and Mussolini’s illegitimate son is supposedly buried on the grounds. Some parts of this facility are still in use today, but the main heart of the hospital has been left to decay.

The Village of Borgata Maison

This little village in Noasca, Italy never suffered a major tragedy or disaster, it was simply abandoned because people wanted to move to the city. This region has become a popular destination for hikers and many of the trails pass through this forgotten place. Most of the buildings are unrecognizable, but there is a school and a chase that are still in relatively good condition. You can still see the frescos on the chapel’s exterior walls.