Skip to content
Leave it to the Italians to create the delicious food that is ravioli.

Italians are known for their expert skills in the culinary arts. Often, family gathers are focused around large meals with traditional kinds of pastas, breads, meats, and desserts. Ravioli is a particular favorite in my family. It is present at every holiday meal along with any large family gatherings.

With the recent cancelation of many family events, I have been mourning the loss of my aunt’s delicious ravioli. The recipe was originally passed down from her aunt Anita. I began wondering who did Anita learn it from and how did ravioli come to be Italian cuisine.

The first mention of ravioli was in 14-century letters written by Italian merchant Francesco di Marco Datini. A recipe for ravioli was also found in a 14th-century cookbook in Venice. The dish called for herbs to be mixed with fresh cheese and a beaten egg before being cooked in a broth. 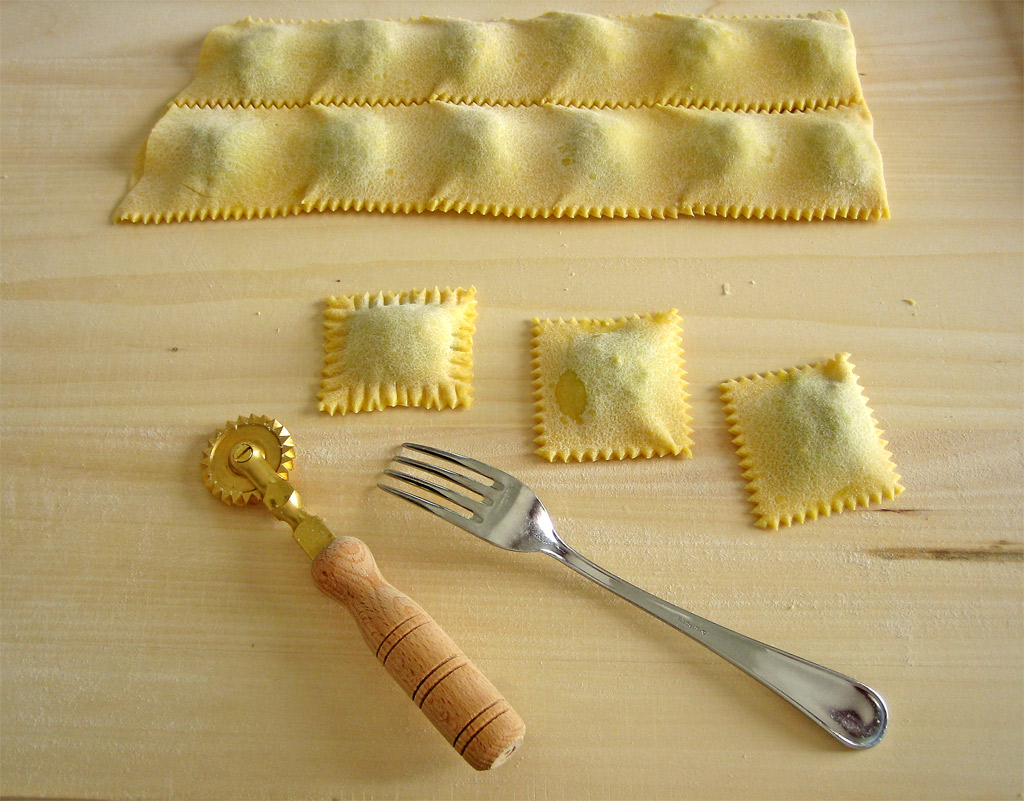 According to historians, the word ‘ravioli’ comes from the Italian word riavvolgere meaning ‘to wrap’. This would make sense as there is a theory that ravioli came from Genova sailors who would wrap leftovers into a dough pocket. Another theory is that the ravioli started as part of a bigger dish, called torta, made up of meat and vegetables, before eventually becoming a separate dish. There is also talk that the pasta was named after the chef who first invented the meal.

Thought the years, various regions developed different ways of making this delicious cuisine. In Tuscany ravioli was stuffed with cheese and potatoes and served with a vegetable and herb sauce. In Abruzzo, the dish was for special occasions and was served with ricotta, eggs, and cinnamon. In Lombardy, they would stuff the ravioli with pumpkin, biscotti, and fruit mustard.

These days you can walk into any grocery store and find a variety of frozen ravioli and even canned. The canned ravioli became popular amongst Italian soldiers during WWI. This eventually grew into the Chef Boyardee product you see today.

We owe our ancestors a big thanks for their ingenuity in creating these delicious meals that are still with us today.